Total inventory was up 5% month over month.  There were 45 more new listings in March than in February.  The total number of homes on the market last month was about the same as it was in March 2015.  Distressed listings, bank-owned and short sales, continue to account for less than 1% of the inventory. 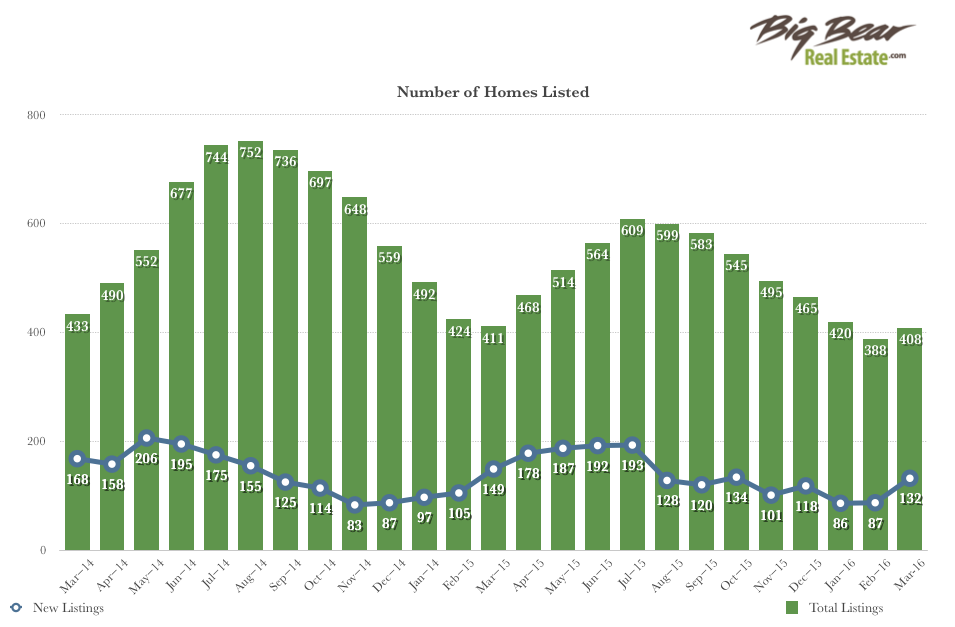 The graph below shows average and median home prices in each quarter since Q1 2011.  We can see that home prices have risen fairly steadily over the last several years.  It is interesting to note how significantly prices dipped in the second quarter of 2015 and then raised again for the rest of 2015 and Q1 2016. 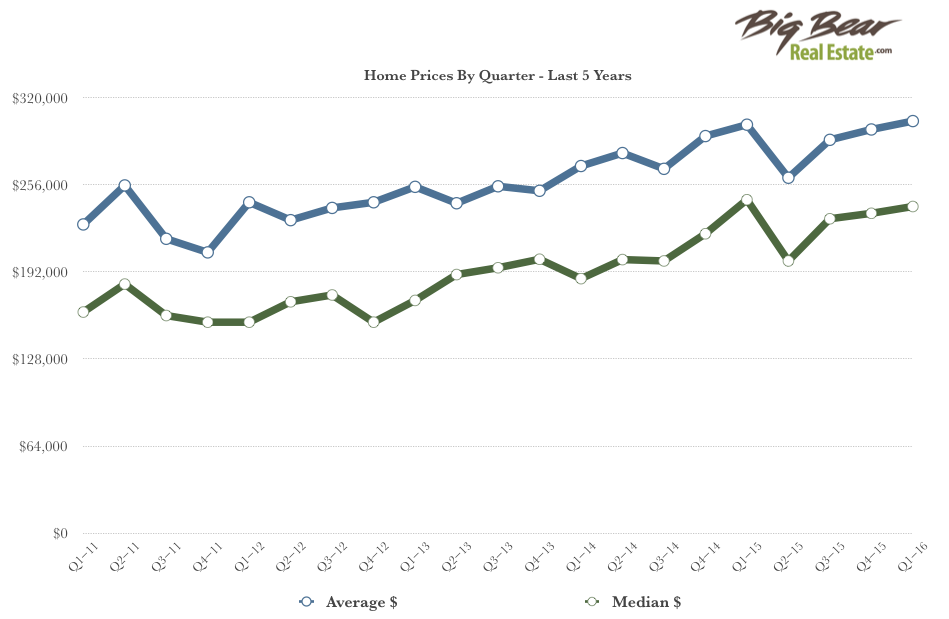