Excerpted from Elevation 6752′ – The Official Newsletter of the City of Big Bear Lake, CA
Issue #21-6 – Published June 25, 2021
After months of thoughtful review, and consideration of hundreds of verbal and written comments from the public, the Planning Commission reviewed and endorsed a draft of the new, permanent vacation rental ordinance at its June 16 meeting. The draft of the new, permanent ordinance is expected to be presented to City Council for first reading at the August 2 City Council meeting, and could be adopted as soon as the August 16 meeting.
The draft of the new, permanent ordinance builds off of the success of the current vacation rental urgency ordinance adopted by City Council in January 2021, and continues to emphasize timely and effective enforcement by City personnel, with significant fines levied on owners, managers, and/or guests that do not meet the City’s expectations for respectful behavior. A redline version of the most recent version of the draft ordinance begins on page 104 at this link. Among the notable new provisions for formal City Council consideration in August are the following:
It should be noted that additional changes may be incorporated by the City Council during its review in August, and additional public comment will be accepted up until adoption. The draft of the new, permanent ordinance does not currently include a moratorium, a cap on the number of vacation rental licenses, or other limits on the frequency of use of vacation rentals, but these potential provisions are expected to be discussed as part of City Council review in August.
It should also be noted that the vast majority (more than 90%) of vacation rentals in the City of Big Bear Lake routinely meet the City’s expectations for respectful guest behavior, and the City’s efforts have been and continue to be clearly focused on the relatively small number of “bad actors” that exhibit poor behavior. The City continues to aggressively enforce the urgency ordinance, validating each complaint, and issuing citations and hefty fines to offending parties (the owner, manager, and/or guest), and will continue an aggressive enforcement approach in the future.
For more information about the Vacation Rental Program in the City of Big Bear Lake, click here. 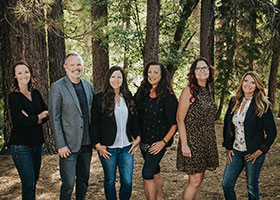